This volume examines Calvin's thought and impact on political ideas. Not only does it set forth the Reformer's political ideas in his own words from multiple sources but it also shows how his germinal political ideas were furthered and spread by his disciples, both in Europe and to the West.

Calvin's political formulations on republicanism, decentralized government, and open democracies provide one of his most lasting contributions. Calvin's disciples—beginning with Theodore Beza, Francois Hotman, John Ponet, and John Knox—spread many of the ideas that are now widely accepted in free governments. Historically, there is a clear before and a discernible after in terms of governmental forms, and Calvinism is one of the major fuel rods for that massive change. Calvin contributed and buttressed ideas like the consent of the governed, open elections, checks-and-balances within government, civil liberty, the right to oppose tyrannical governments, and the need for constitutionalism. Moreover, these seed ideas would not have grown without the support of the clergy and churches who regularly taught these ideas as having divine precedent.

"In this engaging volume, David Hall offers a crisp distillation of the latest scholarly findings and a clarion call to reclaim the Calvinist pedigree of some of our most cherished political ideas and institutions."

—John Witte Jr., Director of the Center for the Study of Law and Religion, Emory Law School, Atlanta

"What a fantastic book that presents a great historical and theological overview of Calvinism regarding government. Hall shows how this theology of government reform works beyond Calvin, the reformers, and eventually becomes the foundational fabric of colonial America. This book brings to light the remarkable integration of Calvin’s work into the hallways of government that were ordained of God. Jesus the King is not confined to cathedrals but is a real part of the people, laws, and rulers. Calvin’s work as a reformer inspired and molded hearts of people, their cities, and many nations of numerous generations."

David W. Hall was senior pastor of Midway Presbyterian Church in Powder Springs, Georgia, from 2003 to 2008. He founded the Kuyper Institute and the Center for the Advancement of Paleo-Orthodoxy in Oak Ridge, Tennessee, in 1994. 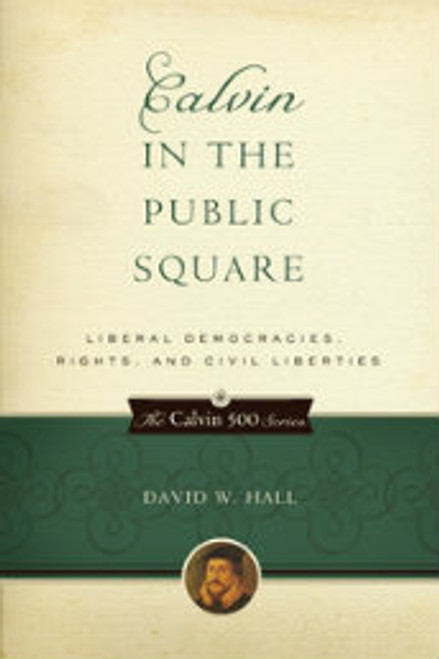