Twenty-one contributors, including some leading Calvin scholars, provide a groundbreaking section-by-section analysis of John Calvin’s Institutes of the Christian Religion. They supply essential background information; further develop Calvin’s discussions of topics including prayer, ethics, faith, assurance, and church and state government; and conclude with a valuable bibliography of Calvin resources.

A long-needed work, this volume serves as the natural companion to Calvin’s magnum opus for classes, students, pastors, and others.

“A very valuable volume, which I commend with enthusiasm. For making Calvin known today as well as once he was, and in every age deserves to be, this really is a major step forward.”

— J. I. Packer, Board of Governors’ Professor, Regent College, Vancouver

"As a contribution to the celebrations marking the 500th anniversary of Calvin's birth, this collection of essays is to be warmly welcomed. Although a number of the authors are not known primarily as Calvin scholars, they are all writers who stand in the Calvinian tradition and who affirm the fundamental tenets of Calvinistic theology. The essays cover a wide range of subjects, and everyone will find something that speaks to his own interests. For myself, the essays by Douglas Kelly on Calvin's doctrine of the Trinity and by Richard Gaffin on Calvin's doctrine of justification and union with Christ are worth the price of the book! If this symposium leads people back to read Calvin's Institutes for themselves, it will have fulfilled a good purpose."

David W. Hall is senior pastor of Midway Presbyterian Church in Powder Springs, Georgia. He is the general editor of the Calvin 500 series.

Peter A. Lillback is president of Westminster Theological Seminary in Philadelphia. 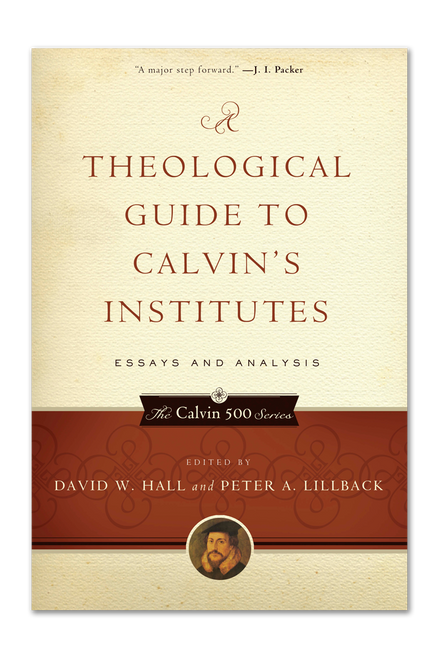