Volume One —  Theology: The Doctrine of God

1. The Knowledge of God from Nature

3. The Essence of God

5. The Decrees of God: General Observations

7. The Covenant of Redemption Between God the Father and God the Son Concerning the Elect; or, the Counsel of Peace

8. The Creation of the World

Anthropology: The Doctrine of Man

11. The Providence of God

12. The Covenant of Works

13. The Breach of the Covenant of Works

15. Man’s Free Will or Impotency and the Punishment Due upon Sin

Christology: The Doctrine of Christ

16. The Covenant of Grace

17. The Necessity of the Atonement by the Surety Jesus Christ

18. The Divinity, Incarnation, and Union of the Two Natures in the One Person of Our Lord Jesus Christ

19. The Three Offices of Christ, and Particularly His Prophetic Office

20. The High Priestly Office of Christ

21. The Kingly Office of Jesus Christ

22. The State of Christ’s Humiliation by Which He Made Atonement for the Sins of the Elect

23. The State of Christ’s Exaltation

Volume Two — Ecclesiology: The Doctrine of the Church

25. The Duty to Join and Remain with the Church

26. The Communion of Believers with Christ and with Each Other

27. The Government of the Church, and Particularly the Commissioning of Ministers

28. The Offices of Minister, Elder, and Deacon

29. Ecclesiastical Authority and the Use of the Keys of the Kingdom of Heaven

Soteriology: The Doctrine of Salvation

30. The External and Internal Call

35. The Adoption of Children

38. The Sealing of the Believer by the Holy Spirit and by Means of the Sacraments

41. The Practice of the Lord’s Supper Consisting in Preparation, Celebration and Reflection

42. The Life of Faith in Reference to the Promises

43. A Warning Exhortation Against Pietists, Quietists, and All Who in a Similar Manner Have Deviated to a Natural and Spiritless Religion Under the Guise of Spirituality

45. The Law of God: General Considerations

56. The Glorification of God

58. Love Toward the Lord Jesus

61. The Exercise of Hope in God

63. The Profession of Christ and His Truth

69. The Lord’s Prayer Explained and Applied; The Address and the First Petition: Hallowed Be Thy Name

70. The Second Petition: Thy Kingdom Come

71. The Third Petition: Thy Will be Done

72. The Fourth Petition: Give Us This Day Our Daily Bread

73. The Fifth Petition: Forgive Us Our Debts as We Forgive Our Debtors

74. The Sixth Petition: Lead Us not into Temptation, but Deliver Us from Evil

81. The Practice of Reflecting upon Previous Experiences

82. Love Toward Our Neighbor

90. Regression of Spiritual Life in the Godly

92. The Temptation Toward Atheism or the Denial of God’s Existence

93. The Temptation Whether God’s Word Is True

95. The Assaults of Satan

96. The Power of Indwelling Corruption

99. The Perseverance of the Saints

Eschatology: The Doctrine of the Last Things

100. Death and the Ensuing State of the Soul

101. The Resurrection of the Dead

102. The Last Judgment and the End of the World

Appendix: The Administration of the Covenant of Grace in the Old and New Testaments

1. The Church of the Old Testament from Adam to Abraham

2. The Church from Abraham to Sinai

4. The Ceremonial Laws Given at Sinai and the Condition of the Church from Sinai to Christ

5. The State of Believers in the Old Testament

6. The Church of the New Testament from the birth of Jesus Christ to the Revelation of John 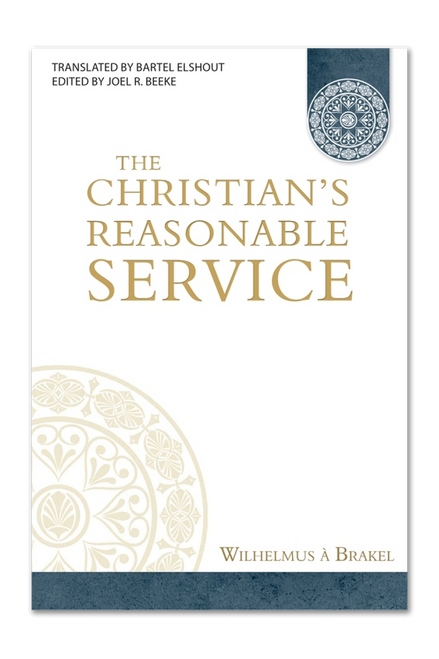