In The Glory of Christ, here abridged and made easy to read, we have the great Puritan pastor and theologian John Owen at his richest and most mature. Here he writes about Jesus Christ, the heart of the gospel. Owen himself tells us that the substance of the work began in his own private meditation and study and only later was shared with his congregation. Here, then, is a master theologian writing about the things, or better, the person, nearest to his heart. The work itself was composed almost at the end of Owen’s life and first published in 1684, the year after his death. Indeed, the material in chapters fifteen to seventeen of this abridgement appeared for the first time in the second edition of 1696, having been found among Owen’s papers only after his death but clearly intended as the closing section of the work.

On the day of Owen’s death (24 August 1683) William Payne, a minister in Saffron Walden who had accepted responsibility for seeing the manuscript of this work through to publication, visited him in Ealing (now part of London) to share the good news that Meditations on the Glory of Christ was now going through the press. Owen’s biographers record his memorable and beautiful reply:

I am glad to hear it; but, O brother Payne! the long-wished-for day is come at last, in which I shall see that glory in another manner than I have ever done, or was capable of doing in this world.

It is clear from these pages that Owen had already seen the glory of Christ from afar and pondered long on its significance. His teaching is well-suited to bring us to share in his longing to know Christ better, to see his glory more clearly and to serve him more faithfully. It is the conviction of the publisher that many readers will discover this book to be one of the hidden treasures of Christian literature and will return to it again and again for instruction and spiritual refreshment.

ENDORSEMENTS
"These pages are indeed – as we sense from Owen’s preface and from the work itself – his own 'last will and testament' – an heirloom to those fellow believers and close friends who, in turbulent times, gathered together under his ministry. It remains an encouragement to us to 'consider Jesus' (Heb. 3:1)." — SINCLAIR B. FERGUSON

AUTHOR
This greatest of all British theologians was incredibly prolific as a writer, with John Owen’s books numbering in the dozens. He was a man of great stature with national influence during his lifetime, preaching before Parliament multiple times and serving as chaplain and advisor to Oliver Cromwell. He also enjoyed some influence with King Charles II. He is best known, though, for his writings that cover subjects ranging from doctrinal explorations to ecclesiastical themes to practical advice. No matter the topic, it was thoroughly explored and presented with authority—and, although he often wrote books to help decipher troubling current issues, they are presented in a way that is timeless. 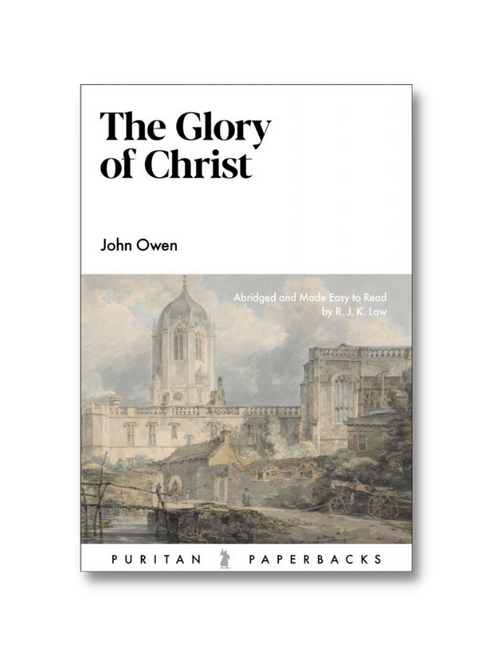