*** Crossway has as Print On Demand via Ingram thus delayed shipping ***

For over forty years, Leland Ryken has championed and modeled a Christian liberal arts education. His scholarship and commitment to integrating faith with learning in the classroom have influenced thousands of students who have sat under his winsome teaching. Published in honor of Professor Ryken and presented on the occasion of his retirement from Wheaton College, this compilation carries on his legacy of applying a Christian liberal arts education to all areas of life.

Five sections explore the background of a Christian liberal arts education, its theological basis, habits and virtues, differing approaches, and ultimate aims. Contributors including Philip Ryken, Jeffry Davis, Duane Litfin, John Walford, Alan Jacobs, and Jim Wilhoit analyze liberal arts as they relate to the disciplines, the Christian faith, and the world. Also included are a transcript of a well-known 1984 chapel talk delivered by Leland Ryken on the student’s calling and practical chapters on how to read, write, and speak well.

Comprehensive in scope, this substantial volume will be a helpful guide to anyone involved in higher education, as well as to students, pastors, and leaders looking for resources on the importance of faith in learning.

Part 3: HABITS AND VIRTUES
8.  The Lost Tools of Learning and the Habits of a Scholarly Mind by Marjorie Lamp Mead
9.  How to Read a Book by Alan Jacobs
10. Writing for Life by Sharon Coolidge
11. Listening, Speaking, and the Art of Living by Kenneth R. Chase
12. Educating for Intellectual Character by Jay Wood
13. Beyond Building a Résumé by Stephen B. Ivester

SECTION 4: DIVISIONAL AREAS OF STUDY
14. A World of Discovery through the Natural Sciences by Dorothy F. Chappell
15. Exploring a Universe of Relationships through the Social Sciences by Henry Allen
16. The Humanities as Indulgence or Necessity? by Jill Peláez Baumgaertner
17. Singing God’s Praise by Michael Wilder
18. Learning to Perceive through Visual Art by E. John Walford
19. Theater as an Imperfect Mirror 231
Mark Lewis

“A fitting tribute both to Leland Ryken as a superb teacher, and to the importance of the liberal arts in the life of the Christian mind and soul. Few will fail to benefit from its expanded and enriched vision of the life of faith.”
Alister McGrath, Andreas Idreos Professor of Science and Religion, University of Oxford

“This fine volume honors a marvelously gifted evangelical scholar-teacher. But it is itself a significant contribution to the cause that Leland Ryken has served so well, offering much wisdom on what it takes to sustain and nurture a life of the mind that will promote the goals of Christ’s kingdom.”
Richard J. Mouw, President, Professor of Christian Philosophy, Fuller Theological Seminary

“Liberal Arts for the Christian Life, written as a collection of reflections on the liberal arts by colleagues of Leland Ryken, certainly captures clearly the range, the richness, and the complexity of the connections between a liberal arts education and the Christian life. Even more compelling is the way the book represents the incarnational nature of a liberal arts education—a single professor embodying a vision of learning that entices thousands of students over several generations to follow in his footsteps, not by becoming more like him but by becoming more fully the unique individuals that God created them to be. This book is a ‘must read’ for Christian liberal arts educators and their students!”
Shirley A. Mullen, President, Houghton College

JEFFRY C. DAVIS (PhD, University of Illinois at Chicago) is associate professor of English at Wheaton College. He is also the director of Wheaton’s Writing Center and Interdisciplinary Studies program.

Philip Graham Ryken (DPhil, University of Oxford) is the eighth president of Wheaton College. Formerly, he served as senior minister of Philadelphia’s historic Tenth Presbyterian Church. He has written or edited more than 40 books, including the popular title Loving the Way Jesus Loves, and has lectured and preached at universities and seminaries worldwide. 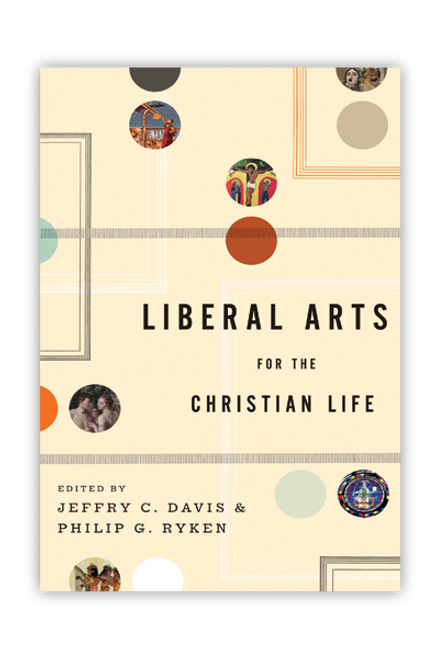