Luther said that the doctrine of justification by faith alone is "the article upon which the church stands or falls." R. C. Sproul follows Luther's lead in his concise and compelling work, now repackaged and republished. Justified by Faith Alone surveys the main tenets of the doctrine of justification in Roman Catholicism and evangelicalism. Sproul is careful to accurately represent Catholic beliefs and observes that while both traditions agree that faith is necessary for justification, the difference lies in whether faith alone is sufficient. He explores problems with the Catholic doctrine and champions the sole sufficiency of Christ for our salvation.

Effective and engaging, Sproul does not shy away from difficult theological terms and ideas, but capably guides readers through this famous doctrinal dispute. To those who decry the doctrines of imputation and justification by faith alone as "legal fiction," Sproul warns that nothing less than the central message of the gospel is at stake.

R. C. Sproul (1939–2017) was founder of Ligonier Ministries, an international Christian discipleship organization located near Orlando, Florida. He was also founding pastor of Saint Andrew’s Chapel in Sanford, Florida, first president of Reformation Bible College, and executive editor of Tabletalk magazine. His radio program, Renewing Your Mind, is still broadcast daily on hundreds of radio stations around the world and can also be heard online. Sproul contributed dozens of articles to national evangelical publications, spoke at conferences, churches, colleges, and seminaries around the world, and wrote more than one hundred books, including The Holiness of God, Chosen by God, and Everyone’s a Theologian. He also served as general editor of the Reformation Study Bible. 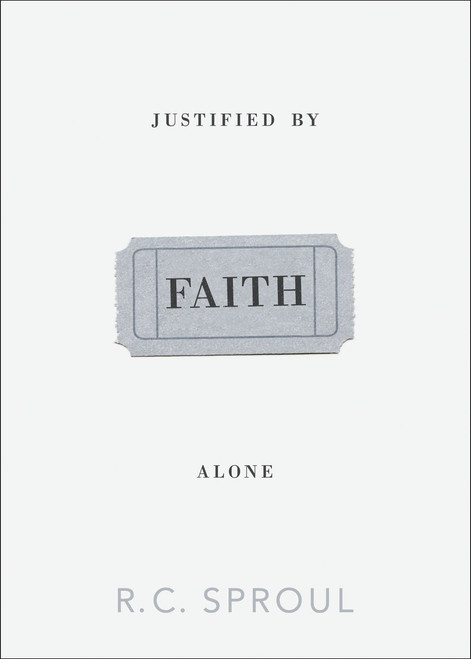