Master traces how from this one position, the idea was expanded and modified—even by the document’s own authors!—just years after its reception, in very distinct ways. Each of these expansions on what was intended to be a consensus document forms the basis for later traditions regarding assurance within the Reformed and Evangelical traditions.

To date, few studies have examined these expansions as a united whole, and Master’s work highlights the ways in which the streams of thought flowing out of Westminster are as important as those flowing into it, raising as they do questions about confession and doctrinal freedom in the growing Reformed tradition.

"Am I a Christian? The reality of sin, suffering, and the sovereignty of God have each in their own way contributed to centuries-old reflections on the doctrine of assurance. A Question of Consensus is a welcome contribution within the field of post-Reformation theological studies. It is a privilege to follow a master in his careful reading of systematic and confessional texts. Jonathan Master's new book has deepened my understanding of this doctrine and the Westminster assembly’s formulations on the subject. What is more, it will help me, as a pastor, to help others who wonder where they stand before the throne of God above."
—Chad B. Van Dixhoorn
Reformed Theological Seminary

"Recent studies of Reformation and post-Reformation theology have pointed to both the consensus nature of confessional documents and the diversity that existed within the context of overall confessional agreement. In this fine study, Master offers an analysis of that key Protestant doctrine, assurance, which is also sensitive to precisely the kind of range of confessional opinion which is now understood to be an established part of Reformed theology of the period. This is an excellent book, embodying extensive use of primary sources, sound knowledge of the state of contemporary scholarship, and judicious judgments on the nature and range of Reformed opinion on the topic."
—Carl R. Trueman
Westminster Theological Seminary

"Jonathan Master has written a fine analysis of what went into the making of the Westminster Confession's doctrine of assurance, revealing different emphases among different theologians, and detailing the somewhat variant ways that the Confession’s synthesis was itself received within the British Reformed world. The result is a stimulating study, and any future examination of Westminster’s understanding of assurance should take its cue from this work."
—Nick Needham
Highland Theological College, University of the Highlands and Islands 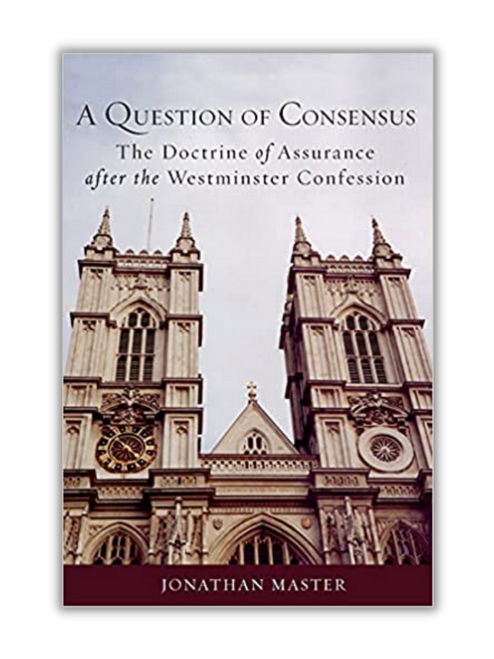