Right with God: The Doctrine of Justification

Ever since the Protestant Reformation, the doctrine of sola fide - justification through faith alone — has been at the doctrinal center of evangelical religion. Like so many other biblical teachings, justification has suffered from both neglect and abuse in recent years. But justification is not just a doctrinal matter. This subject is of the greatest concern to the day-to-day life of every Christian. The great Puritan, Thomas Watson, commented: “Justification is the very hinge and pillar of Christianity. An error about justification is dangerous, like a defect in a foundation. Justification by Christ is a spring of the water of life.”

The question of how sinners are made right with God is a timeless question, but its answer also needs to be given in light of the struggles of our present world. The 6 messages of Right with God: The Doctrine of Justification include:

• “The Great Exchange” by Jerry Bridges

• “God the Just and the Justifier” by Steve Lawson

• “Justification in Union with Christ” by Ligon Duncan

• “Justification and the Final Judgement” by Richard Phillips

• “The Present Reality of Justification” by Albert Mohler 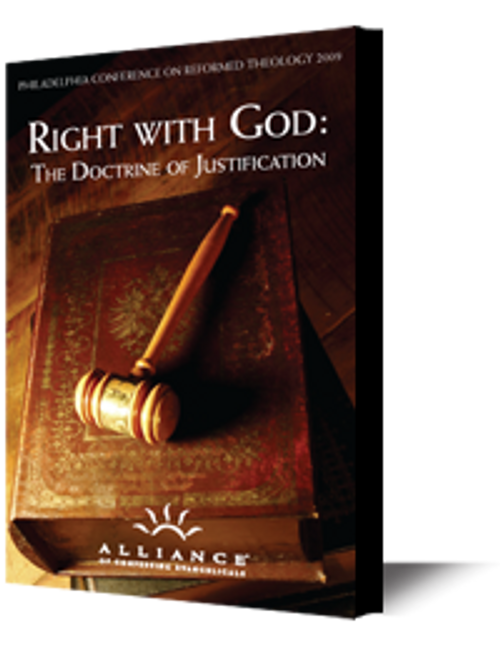