Born in Florence, Italy, in 1499, Peter Martyr Vermigli decided that he wanted to teach God's Word when he grew up. After many years of study, he became a well-respected leader in the Roman Catholic Church, yet he questioned the church's teachings because he believed they were contrary to the Bible. Eventually forced to flee Italy and the Roman Church, Vermigli joined the Reformers north of the Alps and devoted the rest of his life to teaching, preaching, and writing about the great truths of the Protestant Reformation. He lived in many parts of Europe, and he influenced many of the most important figures of his times.

This volume in the Christian Biographies for Young Readers series retells the story of a servant of Christ who left behind a postion of prominence in the Roman Church to courageously join the cause of the Protestant Reformation. Enhanced by illustrious, photographs, and additional information about the Reformation era, this account shows young readers how God can use the piety and talents of one man to advance the cause of His truth.

What Happened to the Others?

Simonetta Carr was born in Italy and has lived and worked in different cultures. A former elementary school teacher, she has home-schooled her eight children for many years. She has written for newspapers and magazines around the world and has translated the works of several Christian authors into Italian. Presently, she lives in San Diego with her husband Thomas and family. She is a member and Sunday School teacher at Christ United Reformed Church.

"We are deeply in Simonetta Carr's debt. She has written yet another excellent book for young readers: a remarkably good introduction to Peter Martyr Vermigli(1499-1562), a very important figure of the sixteenth-century Reformation. He was a learned Augustinian monk whose distinguished career in the Roman Catholic Church in Italy, until his flight in 1542, was followed by an equally distinguished career as a Reformer in Strasbourg, Oxford, and Zurich. Carr succeeds admirably in placing Vermigli's life and work in these different settings and provides us with yet another window into the European Reformation. A magnificent achievement." - Emidio Campi, professor emeritus of church history and director emeritus of the Institute for Swiss Reformation History at the University of Zurich and author of several books on Vermigli and the Swiss Reformation. 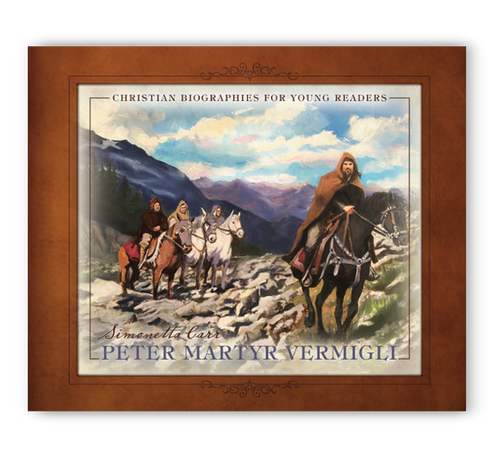